The Key to “Faking It ’til You Make It” 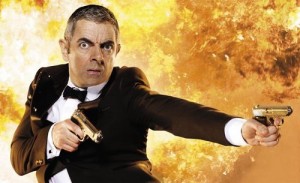 I’m sure you’ve heard the phrase “fake it ‘til you make it.” It’s almost a mantra for entrepreneurs, and I see a smile from whoever says it. What makes me pause for thought is the realization that people have to smile when they mention that phrase. Why is that?

There are different ways that I’ve seen people “fake it.” A designer suit bought at Ross, non-prescription eyeglasses, a used luxury vehicle, complex phone system, jargon-filled or academic vocabulary…the list can go on and on. The gist of the idea is simple though: bluff. If you can convince someone that you are bigger, wealthier, smarter, more established, etc., they’ll buy your product, treat you with respect, and maybe even fear you. If you play poker, this is a vital skill to master. If you live in the normal world, bluffing is not a very genuine way to treat people.

The challenge with bluffing is that most people don’t have a great poker face. Why is it so hard to bluff? A lot of studies have found that the subconscious mind is very innocent and controls subtle body language. When we are dishonest, our subconscious mind reacts to try and keep us honest and eliminate internal conflict. It’ll grill us with guilt. It manifests its defiance to the dishonesty with physical contradictions.  In poker terms, that’s the “tell.” Skilled players learn what their tells are and how to control them.

In poker, people are looking for your tell. In real life, people don’t normally look for a tell because they want to believe that you’re honest. But they’ll still get an uneasy feeling when you’re not because their subconscious mind can spot the tell; they just don’t realize that’s what it is. Malcolm Gladwell, a best-selling research writer, explained this phenomenon in his book Blink.

If you’re still reading, you must be asking yourself why I’m talking about poker and the subconscious mind. Well, that’s part of the key to faking it ‘til you make it. If you want to successfully fake it ‘til you make it, you have to be able to do it honestly (or be a great poker player). Otherwise something will always seem “off” about you. Observant people will just avoid you, and you’ll always have your own doubts and guilt about yourself, which can sabotage any real successes that are within your grasp.

The key to successfully “faking it ‘til you make it” is to thoroughly and completely behave like you’ve already made it. In other words, provide an honest and consistent behavior set that doesn’t trigger your subconscious to shout out that you’re being less than honest.

That doesn’t mean to go out and spend money like you’re a high-rolling millionaire. It means to do on a day-to-day basis what you would if you were actually already “there.” Don’t switch into “CEO mode” only when you see a reason, be in CEO mode all the time. Write quality documents like a successful company would. Be responsible like a successful leader should be. Live up to promises. Conduct proper research. Pace yourself. Be consistent. Stop justifying your questionable behavior (and stop the questionable behavior). Do things the right way, not the lazy way. Don’t put up false fronts with the sole purpose of bluffing. Do it because it’s what a successful person would inherently do. If you have the option of “faking” something or doing it the right way, think of how a successful and ethical leader would do it, and do it that way. Be the person today that you think you’ll be when you’ve made it. It ismore effort, but that’s what successful people do. If you want to be truly successful, you need to come to terms with that deep inside right now.

If you do this though, the only thing you’ll be faking is your bank account. And if you’re doing everything the right way – the way a successful businessperson should – the bank account will make itself.

It’s a paradigm shift and a behavioral change, and that’s the hard part. Today’s American mindset is one of undue entitlement. To really excel, we have to shake the notion that we can do minimal work and get the big payoff. We have to shake off the lazy part of ourselves and dig in on a day-to-day basis. Does this mean to stop looking the part before you’ve “made it?” No! Look the part because that’s your part! But don’t just look it, BE it, and be it all the time. You should have no behavioral difference now from you would once you’ve “made it.” It requires a serious commitment, but it’s a strategy you can bank on.

So fake your bank account until it makes itself, and be what your role calls for. Fill those shoes. Before long, you’ll find that you “made it” a long time ago.